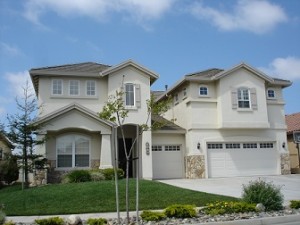 You would think that smaller homes would be skyrocketing in popularity right about now. Statistics show that the average number of people in American households is shrinking. Practicality would seem to dictate that a trend toward downsizing should be underway, with significant implications for Highlands real estate.

It’s no exaggeration to say that for as long as many Americans can remember, bigger has always been better. In terms of sheer floor space, the average American home increased from 1,900 square feet in 1993 to 2,400 two decades later. The reasons may have been both practical and psychological: for those who grew up in cramped quarters, space was the missing element—so elbow room and privacy became the essence of a desirable home. This was evident in Highlands real estate ads, where spaciousness was emphasized wherever possible, from the photographs to listing copy.

In fact, it seems that the baby boomer generation hasn’t given up their fondness for abundant living space—at least not in droves. At least not yet.

A recent AARP real estate survey found that 84% of the boomers expressed unflinching preference for continuing to live in their current digs for as long as possible. That might make sense, at least according to the arithmetic you can deduce from a 2013 Census survey. It found that a large-scale move toward downsizing doesn’t usually begin in earnest until the Head of Household reaches age 75. The most senior members of the boomer generation were born after 1945—so that won’t happen for a while.

Still, there are stirrings to suggest that some have started to rethink ‘Bigger is Better.’ Instead of defining themselves by real estate square footage, they’re beginning to prospect for smaller solutions. It’s entirely possible that Downsizer Nation might be just around the corner!

The logic is certainly there. Many downsizers do so in answer to what emerges as a more or less unavoidable lifestyle decision. Empty-nesters no longer have children at home, and begin to find themselves cleaning, fixing, heating and cooling substantially empty space. Some may hanker to start some serious globe-trotting—meaning they’ll spend less time at home (ergo, even emptier space). Still others find their lives are more outdoor-focused than before.

The reality of the time, energy, and money that goes into maintaining a 5-bedroom home with multiple levels can begin to trump its “EREF” (Elbow Room Enjoyment Factor). There’s the cleaning, keeping interiors and furniture fresh, maintaining windows, furnaces, fans. Then there are the outdoor areas to consider. Mowing, raking, shoveling…for some, the enjoyment of that part of the outdoors can gradually generate more tedium than enjoyment. It can push some residents into new appreciation for a Highlands real estate solution that simply requires less to do.

Whether your family is expanding—or beginning to seriously contemplate the reverse—I hope you will give me a call. I’ll be able to show you many appealing properties from the current crop of Highlands real estate offerings!